Lyn Phillips owner of Honeybrook Stud has been breeding horses for 40 years and owns the Only British Stud Breeding Coloured Trakehners and dilute TB and Anglo Arab. 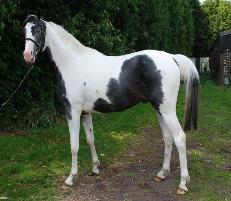 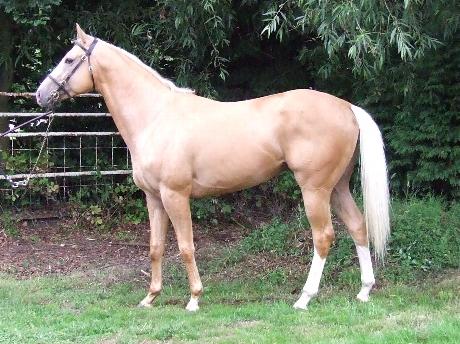 I feel privilaged to own these outstanding horses and I believe them to be the very best of coloured sport horses. They are only bred in very small numbers and so are quite rare.

The Trakehner is the oldest and purest warmblood and has infulenced all other warmblood breeds to the present day.  Including Record breaking dressage stallion Moorlands Totilas (KWPN). Sire Gribaldi (Trakehner). Even his dam is part Trakehner with a very famous Trakehner stallion in her pedigree Marco Polo, sire of Marius, Grandsire of Milton.

The offical beginning of the organised horse breeding in East Prussia started in  1732 the year the Trakehner Central Stud was founded. It was organised into it’s well known studs of separate types and colours by Count Karl Lindenau in 1787.  The Trakehnen Stud produced an all round high class horse that was solely for the use of the royal household, of Friedrich Wilhelm II of Prussia. The Trakehnen Stud remained until the flight in 1945, away from the advancing Russian forces. Less than 2 000 survived out of 27 000 to settle in West Germany, and these reduced in the next two years to less than 800 in total.

When I decided to again bred large horses (after breeding American Minatures for a time and TB x ID for 20 years plus) I gave a lot of thought as to what breed I wanted to be involved with.  I have always been interested in dilutes, coloureds and spotties. I knew about Trakehners, and who of my generation would not have been in awe of “Abdullah”, just to name one. So Coloured Trakchners it was. I soon learned that no-one was breeding them in this country and very few were actually bred at all. So here I am carrying on my love of coloured horses with the only herd of Coloured Trakehners in the UK. These are very beautiful conformed horses and I look forward to adding more bloodlines into my breeding program.

My first foal born in 1974 was a palomino and the stud has now also gone back to breeding dilute sport horses with the acquisition from the USA of the Thoroughbred stallion Honeybrook Gold. I think he is my horse of a lifetime . His first foals born in 2009 are outstanding and have surpassed my expectations. Including the first Palomino Anglo Arab, Honeybrook Krugerrand (colt).and his beautiful full sister Honeybrook Jasmine a year later,the only ones in Europe.Although a very small stud I am proud to have bred 2 grade A showjumpers Honeybrook Lauranda and her son Honeybrook Legend who is now in America with his new owner.