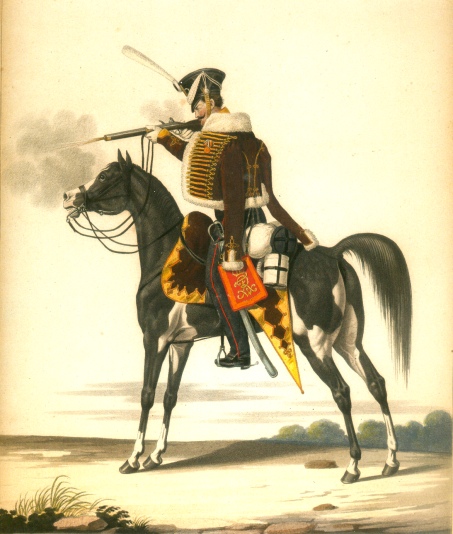 Volker Westerich Chairman of the Interest Group of Colored Trakehners
While expanding his military state, the so called soldierking Frederic William I of Prussia ( 1688-1740) was permanently in need of horses for his light cavalry. In order to be independant from buying these outside of Prussia, the economic king founded the Main Stud of Trakehnen in East Prussia in 1732, also the beginning date of the outstanding Trakehner breed. To receive a light fast and efficient cavalry horse, the existing population of mostly heavy horses was consequently bred to Oriental and English Thoroughbred stallions.

Following his father on the throne, Frederic the Great ( 1712- 1786) began to supply Trakehnen’s breeding population with light horses from Eastern European countries. Among these were also some colored horses which at that time were rather popular. Frederic the Great obviously had a weakness for spotted horses. A painting shows him riding a leopard and it is known, that he sent his general and friend “von Seydlitz” another beautiful leopard as a present.

Due to the growing demand especially for colored horses, Trakehnen forced the breeding with a colored stallion named SPINOLA, born in Trakehnen and used there from 1764- 1780. Besides numerous colored offspring, mostly sold to aristocrats and princely courts all over Europe, bringing Trakehnen a lot of money, Spinola was considered to be one of the fathers of the original Trakehner race. His blood can still be certified in most of the pedigrees of the Trakehners of our time.

Another colored stallion was HUA EMBARC, born 1783. He had been imported from Spain. HUA was a Spaniard “of the old race” and one of the most effective stallions for the breed between 1768 and 1808.

Under Frederic the Great major general. Famous for his cavalry ride through the Austrian positions in upper Silesia during the seven years war between Prussia and 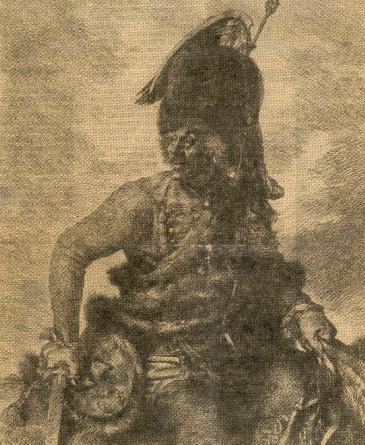 Austria.His activities were dicisive for the victory at Torgau.
Not only Frederic the Great liked Leopards. This painting shows the favorite horse of Empress Elizabeth of Austria 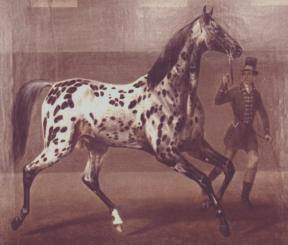 Unfortunately, these historic books got lost in the World War II disaster. At any time these breeders were able to supply the Prussian army, which was occasionally in need of colored horses for parades or cavalry regiments with Trumpeter Husars. 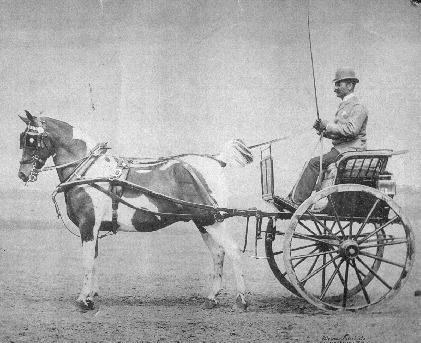 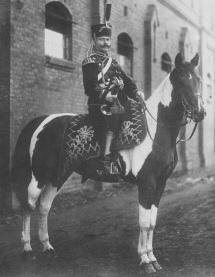 Famous Ohlau Trumpeter Husars in former Silesia. The only Prussian cavalry regiment mounted on colored horses from East Prussia and Trakehnen.Photos by Ernst BilkeProbably one of the earliest photos ever shot, an East Prussian skewbald coachhorse in 1890 at Berlin. 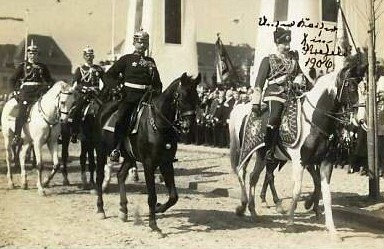 These pictures show the German Emperor “Kaiser” William II and the Empress   Auguste Victoria. William II seemed to have been a fan of Pinto horses. 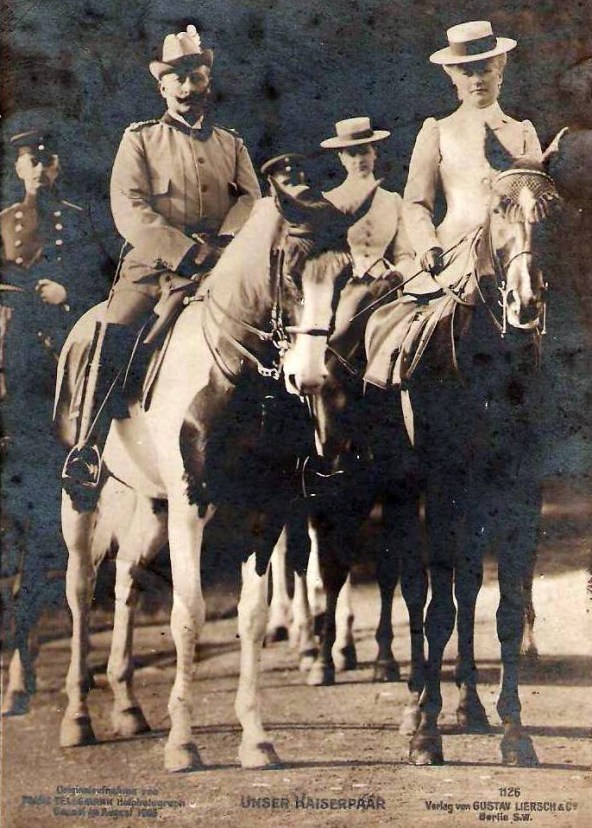 Unfortunately it is not known who bred the horse.